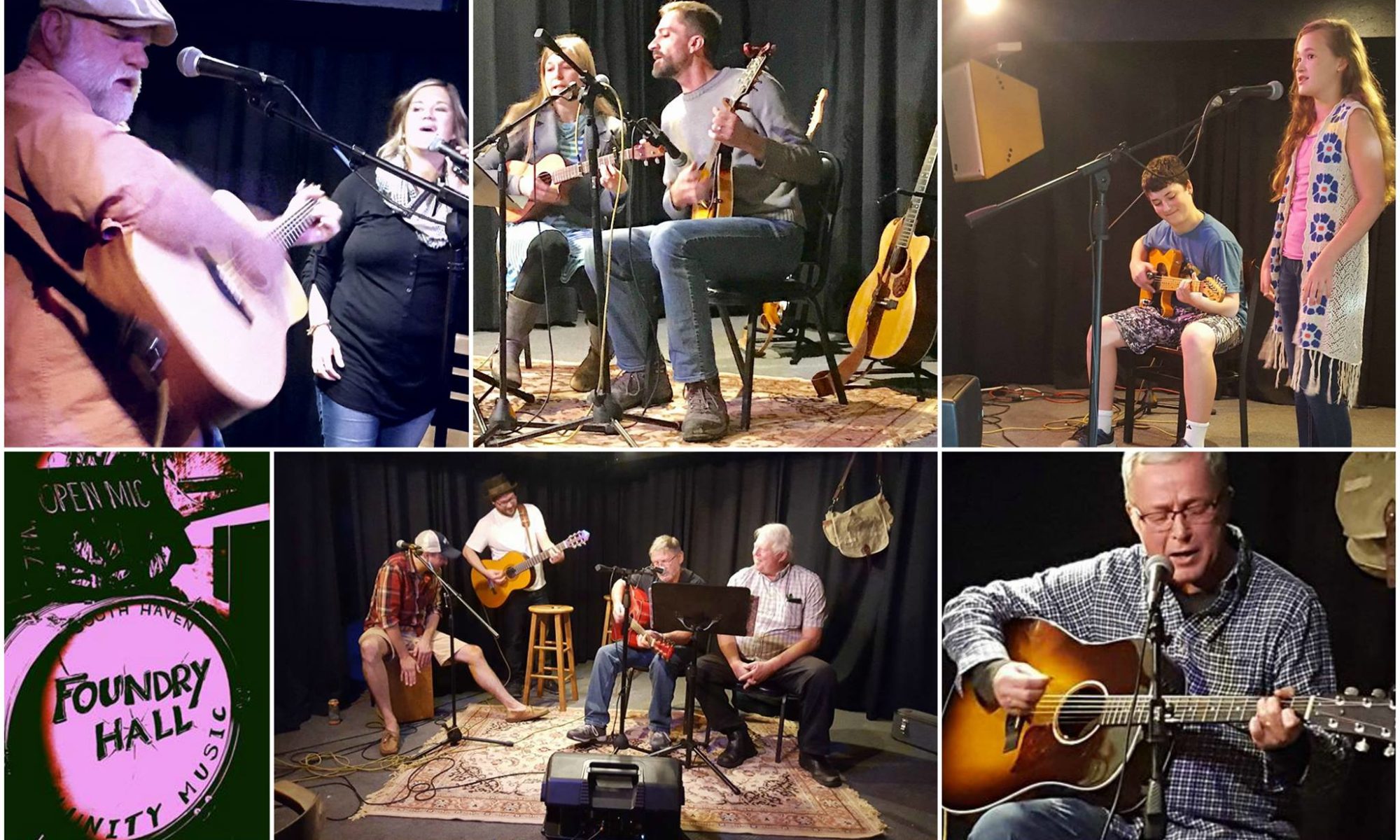 Foundry Hall’s Open Mic has been going strong for 9 years now! On the third Thursday of every month you can find great music and community downstairs at the Black River Tavern. We do our best to maintain a listening audience to support our local and visiting musicians! We also encourage our regulars to do some songwriting with a monthly song prompt challenge. 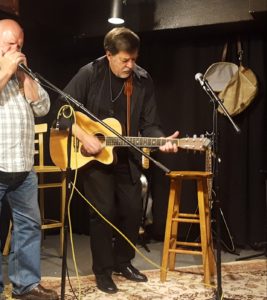 Foundry Hall founder, Andru Bemis, asked Paul to host the monthly Foundry Hall open mic in 2010. Paul states “I took it over as I saw potential for growth in the program to generate money for Foundry Hall”. As Foundry Hall is an all volunteer-run, 501(c)3 non-profit organization, the entity relies on the generosity of its volunteers, sponsors and local community to bring music and the arts to South Haven and beyond! In the last eight years since Paul Hogan has hosted the Foundry Hall open mic, he has never missed a single month! He has personally organized each monthly event while communicating with regulars and creating a schedule that never fails to leave openings for “drop ins”. Paul’s wife, Mary, has gifted open mic attendants and BRT staff,
with homemade cookies every single month. Thank you for all those tasty cookies, Mary! Paul has nursed open mic along, watching it change and grow over the last eight years as a faithful Foundry Hall volunteer. He states “I believe it will thrive now and I can kick back and just sign up and perform” as local residents and long-time Foundry Hall open mic attendants , Andy
Baker of Gobles, and Ron Van Lente of South Haven, will take over Paul’s spot hosting.

Paul is a 43 year resident of South Haven, MI. He is a talented musician and gifts friends with tunes from his guitar and his voice. He reminds us that live music is more than just background music playing on some jukebox. Paul has always supported the performer as an artist bringing messages to a listening audience. Thank you, Paul and Mary for 93 consecutive Foundry Hall open mic and chocolate chip cookie extravaganzas!

Join us on the third Thursday of every month as the tradition continues!