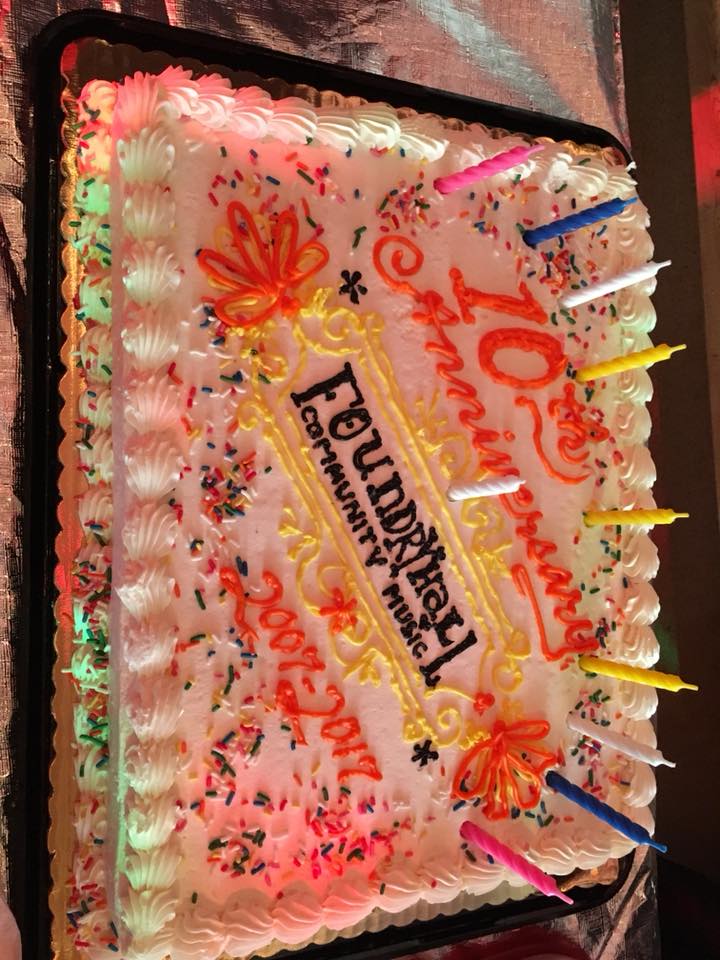 No, I can’t fix the cake picture.

I spent some time chewing on the relationship between Foundry Hall and Sh-amp and am really liking thinking of Foundry Hall as advocate for the arts in South Haven.  For one thing, I think we really need one.  I believe it is a lot more valuable than most people think and I think it needs some support or it will just fade away given the current support/funding from the city and schools.  We’re a small town so it’s not expected that there would be a real budget for these things, but I think it’s a real asset and worth fighting for.  For another thing, it means we are a supporting player for the arts rather than trying to create it ourselves.  I need this, I need more people doing their thing and helping rather than trying to add more to my plate.  We do do this already, Open Mic is it’s own thing, ROTR, even the Jazz fest was mostly Larry putting together and now, of course, Sh-amp.  I’m the primary booking person for concerts, but I am trying to bring in more people for the Riverfront Series and I’d love to put together a house concert team.  The last thing I like about the advocate sentiment is it’s a laudable thing to be…we are sort of champions of the arts.  Sort of super hero like.  Maybe we should make a Foundry Hall action figure.