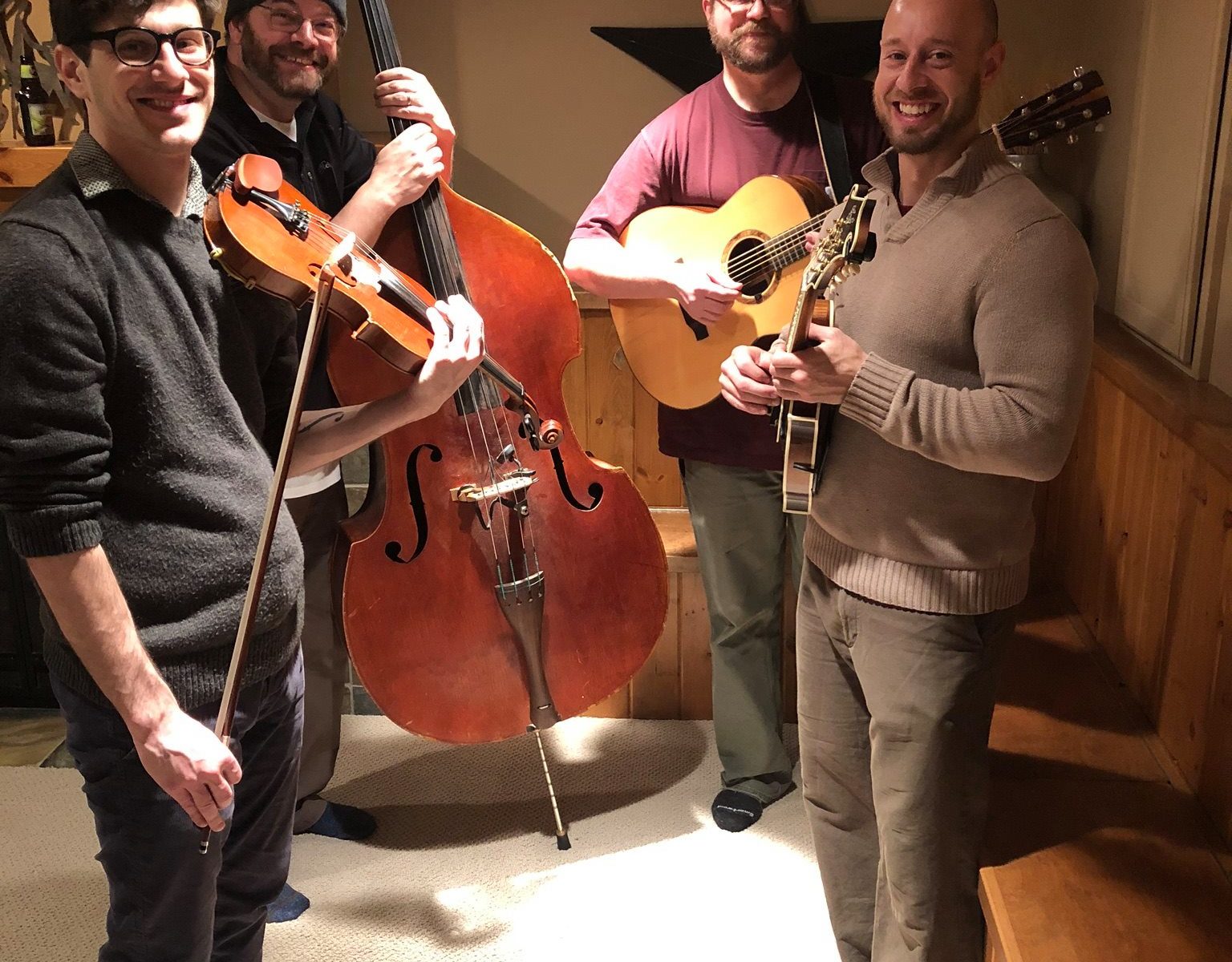 This show was originally billed as Betse & Clarke of Kansas City, Missouri with special guests The Hoptown Rounders, but unfortunately, the touring duo had to cancel due to a family illness. We hope everyone recovers easily and that they will plan to come back this way sometime in the future! We’re planning on having a great night of music anyway, thanks to the Grand Rapids based Hoptown Rounders! Hoptown Rounders is a new “Old-Time” String Band with contemporary and bluegrass influences.  Featuring Drew Najor, Erik White, Jason Wheeler and Tom Sutherland.

Here is the original write up for Betse & Clarke:
Regular folks, exceptional music: This duo from the heartland (Kansas City, Missouri) has its roots in Ozark old time music, honoring traditional songs and tunes that resonate with human experience.

For each concert setting, Betse & Clarke take an audience on a musical field trip. Betse Ellis plays powerful and beautiful old time fiddle tunes, sings traditional Ozark songs, and shares her own songs with themes relating to human experience. Expect her to tell some stories along the way, featuring personal moments with her fiddle mentor Violet Hensley. Long known for her energetic style in her former band The Wilders, Betse’s earned a level of maturity while maintaining her contagious enthusiasm. Clarke Wyatt is an engaging finger-style banjo player, drawing inspiration from great traditional and inventive banjoists of earlier decades such as Mike Seeger and John Hartford. His melodies match the fiddle, and also build rhythmic interest to embrace the music’s character. He also plays finger-style guitar, when it suits the musical style and texture.